Divorce in the Netherlands

Divorce in the Netherlands

You can file for a divorce in The Netherlands under any of the following circumstances, irrespective of either your nationality or the country where you were married:

Anyone who wishes to file for divorce in The Netherlands must retain a lawyer. Divorce proceedings may be initiated by both spouses jointly (a joint petition) or by just one of them (a unilateral petition).

A petition for divorce may be filed at any time after the marriage. Note: there is no minimum requirement for the parties to have been married for a certain amount of time.

Should both parties agree to the divorce and its consequences a joint petition is the easiest and quickest option to obtain said divorce. In general parties request their lawyer to draft an agreement before filing the actual divorce petition, in which they already arrange matters such as visiting rights, child support, spousal maintenance and the division of the marital property. The courts will in principle grant the divorce as a formality within six to eight weeks after submitting the joint petition for divorce.

Should parties not agree to the divorce or its consequences, it may be necessary to file a unilateral petition. If either one or both parties should be foreign nationals, there may however be certain complications; i.e. if you were married in another country, a different legal system may apply to the division of the marital property. The Dutch courts may be obligated to apply said foreign law when deciding how to divide any property. Further to this, should you no longer reside in The Netherlands, the Dutch courts may in fact have no jurisdiction to handle certain aspects of the case, such as child support.

Please feel free to contact our offices for additional information or advice as advising both national and foreign clients concerning the impact of filing for divorce is part of our expertise and daily practice. 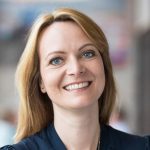