Under Dutch law, any legal parent in principle has a right of access to his or her child. It does not matter who has parental responsability (parental authority ) of the children. What does matter is whether maternity/paternity is legally established.

A biological father of who paternity is not legally established is not a legal parent and has basically no right of access. However, this parent is not left empty-handed. He can request to establish parental access arrangements in court. In such cases, there are more stringent requirements. The biological father has to provide proof that he has or had so called  ‘family life’ with his child. If there is a close familial bond, then the reasoning is that it is in the best interest of the child to continue to have access to that biological but not legal parent.

Under circumstances, other individuals who have a close relationship with the child, can also petition the court to establish arrangements based on ‘family life’. For example grandparents, foster parents and step parents. In these cases the law requires that there must be a close personal relationship.

When parents split up they will have to make arrangements on the division of care and upbringing tasks of the children, also called access arrangements.

Several studies have shown that regularly contact with both parents is of great importance for the stability and development of a child. Without regularity, parents must always make ad hoc appointments regarding access with the children and even regarding transferring them. This may cause misunderstandings and tensions which children will not benefit from. They need peace, clarity and structure.

There are no fixed schedules or minimum or maximum amounts of time set for access arrangements. The court will take your particular circumstances into consideration. For example the time spend with each parents before the divorce and working schedules of the parents. The court will investigate what would be practical under the circumstances and the best interest of the child will always be paramount.

It is possible that the court may not immediately give a final ruling. For example, in case the court needs further investigation or deems an interim evaluation necessary.

The court has the ability to establish temporary access arrangements and rule that parents should return several months later to discuss progress.

In such cases, a parent may ask the court to modify existing access arrangements.

Although the access right of access is a fundamental right of legal parents and children, the court can refuse a parent’s right to access arrangements in some cases. The court will only refuse the right of access when:

Resistance of the parent with whom the child lives, is not in itself a reason to refuse the other parent his or her right to access arrangements. There must be serious objections, not only mere resistance.

If you have any questions regarding this subject please contact one of our lawyers.

We will be happy to advise you. 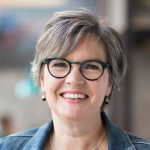